Once in a while, I still refer to my old stuff here from my new blog, so I'm just going to make this website look nice for whenever I do that. Technically, this is another update, but all I'm doing is fixing the appearance of the website so it's not outer space.

It got kind of annoying.
Posted by Legend at 9:41 AM No comments:

New Blog For You Lurkers

Just in case you've been lurking on this website, I want you to know that I have a new one, a link is at the top of the page, and a link is here:

Go on over for more crazy posts from yours truly!

Posted by Legend at 8:44 PM No comments:

Tomorrow, 24 hours from now, I will release my changes.
Tomorrow will be the final update on Super Two, but it will not be my final creation.
The countdown begins.
Posted by Legend at 3:01 PM 2 comments:

So as I wait for more votes on the new poll, I've already done some brainstorming for my website revamp. Sorry, can't tell you about it; it'll ruin the surprise!

I'll probably release it in, oh, a few days? Maybe a week, tops? Meanwhile, keep on voting!
We need more votes!
Posted by Legend at 1:49 PM No comments:

So lately I've been thinking about changing my site drastically.

Firstly, I want to change the design (again). It's starting to bug me with all the stars. I want to give it a more simple design, like a blank colour or something.

Secondly, the name of my website doesn't reflect on my life very much anymore (did it ever?), so I want to change that as well. Don't worry, I'm putting up a poll about it, and this will influence my decision somewhat (or at least it should).

Thirdly, my blog's content. I've noticed that a lot of big things in my life haven't shown up on my blog. *gasp* Including my interests in Japan, Java programming, Manga art, books I read, and more. Sure, I've hinted at these things, maybe an odd post or two about them, but I haven't really put a lot of content into those things.


It's going to change!
I envision my blog in the near future about me and my life (like blogs should be) and not strictly about what I create. I think I've finally realized that that is what my blog should be and I am going for it.


Also, my blog needs more images in its posts.

~  ~  ~  ~  ~
To start off with my blog revelation, I'm going to create an article about something I like love am obsessed with: Japan.
So, what do I like about the East Asian country?
Everything! I enjoy their art style (Manga), Anime, food (pass the sushi), music, culture, language, and more.
When I draw pictures, I try to keep to this art style. Magnificent, is it not? The picture above comes from the Anime (Japanese animation) called Clannad. So far it's pretty interesting. Maybe I'll publish a review about it later.

I myself haven't tried very many Japanese foods, only Sushi, and it didn't even have raw fish in it! It was just cooked and flavoured to taste raw! Pah! I hope to try out more Japanese foods in the future. They certainly look scrumptious.

The Japanese Language is complex, having three alphabets! Two of the alphabets (collectively known as the Kana) are used for pronunciation and each have 48 symbols. The last alphabet, the Kanji, has thousands of symbols, used for ideas and such.

Those are a few snippets of Japanese things a like. I'll probably have posts about Anime and other Japanese things in the future. So, until then!
Posted by Legend at 10:12 AM No comments: 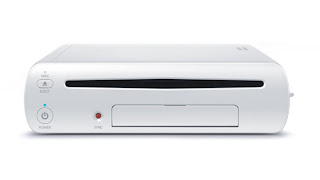 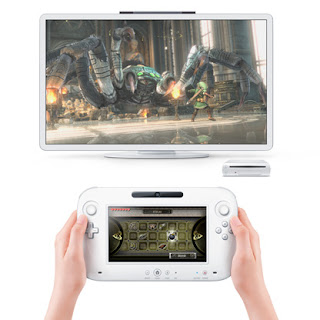 Instead of explaining the capabilities of the Wii-U, I will show you the announcement video.

Disclaimer: I did not make or film this video.

I will definitely be getting the Wii-U. It's coming out in 2012! I better start saving...
Posted by Legend at 1:44 PM No comments:

Cue Excuses! (No, not really)

For those of you wondering, I am not dead, nor mortally injured. The reason I have not been updating is because I've been working hard on school (since i'ts ending soon) and slacking off on weekends.

I will try to get an update out on Saturday (or possibly Sunday), but no promises. I'm working on something and it may or may not be ready by then.

About Farm Blocks posts, they will be very less frequent, so don't expect them weekly anymore.
Posted by Legend at 12:17 PM 2 comments:

Who is the Webmaster?

Legend
I am Legend, or as a longer version, Legend of the Triforce. I like to draw, write, program, sculpt, compose, and pretty much anything else that involves creativity. My other interests are reading books, hanging out with friends, and playing video games, to name a few. I live somewhere in Canada and I'm always obsessed with something. I have a blog, Super Two. Currently I am writing a novel (Living Virus) and programming a Minecraft-inspired game (Farm Blocks).

Lastly, I am obsessed with all things Japanese, including the language, culture, games, anime, manga, and more. My favourite anime is Clannad.